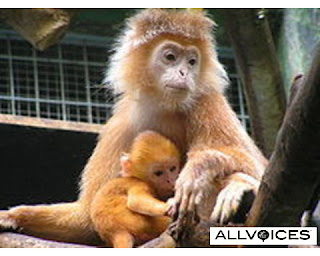 Posted by Ethel Spiliotes at 10:33 AM 2 comments 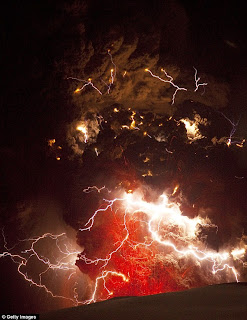 There's No Such Thing As Pedophilia

The idiot Vatican is saying that it's only the homosexual priests who are pedophiles and then not even as much as regular people. Once again I have to point out WHAT ABOUT ALL THE GIRLS WHO GET MOLESTED BY PRIESTS???? DON"T THEY COUNT???? Okay, but besides that, there's NO SUCH THING AS PEDOPHILIA. It's just a made up disease to excuse bad behavior. People who rape adults aren't called adultaphiles. People who steal other people's stuff aren't call theftophiles. People who murder aren't called murdophiles.
We ALL want to do things that we can't do because it's illegal or it would hurt someone else. So mostly we don't do those things. And when we do, we're the asshole and not the victim! Wanting to do it is not a crime. It's not even abnormal (given how many children are preyed on by adults - mostly their own relatives (according to the FBI and my fellow girl scouts), so we should stop talking about it like it's some shameful disease and just admit that children are attractive to a LOT of people (mostly men), or maybe we're just smaller and can't get away as easily, or no one will believe us, or we're already stuck in your house, or it's easier to threaten to kill us if we talk and have us believe you.
But we have a right NOT to be groped and raped by jerks who care more about themselves than about us. Children who get raped don't always turn out so good, so if you can't control yourself for the sake of the children, then you better watch your back if you ever end up in prison (remember Father Geoghan?)
Meanwhile, stop calling it a disease and pretending people just need therapy . They need to be put somewhere where they don't have access to their chosen sex objects (though we prefer to think of ourselves as PEOPLE), or better yet - send them to me and my gang. We'll take care of the "illness" with a raging case of "beat-the-crap-out-of-you-philia."

Who's Afraid of Ethel?

Apparently a lot of people. Idiots. In case you don't know what I'm talking about, there was some talk about me getting my own TV show. I even had some meetings, with bottled water. But apparently I am way too threatening to the establishment. Here's what a big agent said:

Most of the ‘edgier’ channels/buyers skew male, and won’t program a youthful female protagonist. And you're way too edgy for the female skewing buyers.

And this was an agent who LIKES me. Okay, so there can't be an Ethel show on channels that have shows like South Park or Family Guy or Simpsons because if there's a GIRL who's not just a side character then it's not "universal" and boys and men can't relate cause it must be just for girls. And the channels who make shows that are especially for girls don't want me because they're trying to sell thong underpants and makeup and easy bake ovens and they think that I would be encouraging girls NOT to buy those things -- which they're right about, even though I can think of some alternate uses for some of those things, like thong slingshots and easy bake chemistry experiments (product placement, right?). Anyway, what's a girl supposed to do? It's 2010 We're just gonna have to start our own networks - yeah right. It's hard not to be hating, but we must continue to battle on toward justice no matter how stupid and assholish the people in charge are. Plus if we weren't trying to change things we'd already be on the air.
FIght on my sisters (and good brothers).

The Pope is going to hell!

The Vatican says that all the people whining about being raped by priests are just badmouthing the church. Oh, and happy Easter!!!!!!!!!

“Holy Father, the people of God are with you, and do not let themselves be impressed by the gossip of the moment, by the challenges that sometimes strike at the community of believers,” Cardinal Sodano said. Jesus spoke of courage in the face of tribulations, the cardinal continued, and referred to the apostle Peter’s account of Jesus during the passion: “When he was reviled, reviled not again; when he suffered, threatened not, but committed himself to him that judgeth righteously.” (from the NY TImes on Easter Sunday)

What would Jesus do? I think he would break his own rule about turning the other cheek and kill the Pope. I'm kind of glad the Pope is still acting like an asshole, because then maybe people will finally realize that he's just the head of a big child-abuse ring. (Most people think it's just boys who are being molested, but it's girls too - it's just that that's considered normal, so no one even notices). The Pope was a Nazi, and his brother is some bigwhig in Germany and part of the scandal there, though he says he never molested anyone, just beat them sadistically -- oh, so much better.
Anyway, the pope is big fat turd and people should start admitting it and saying shame on you to the pope instead of to the people (like me) who don't show him the respect which he does NOT deserve to have, because when the archbishop of BELGIUM says you're wrong, you know you are REALLY a pervert.