What the hell is happening in China?  I used to think it was terrible that they were giving away the girls to be adopted in America, but now I think maybe the girls are the lucky ones.   Or maybe this is what happens when you have too many men!

Chinese man stabs children in kindergarten, 31 hurt
Reuters
Thursday, April 29, 2010; 5:08 AM
BEIJING (Reuters) - A knife-wielding man injured 28 children, two teachers and a security guard in a kindergarten in eastern China, state media reported on Thursday, the fourth such stabbing case in recent weeks.
Xu Yuyuan, 47, an unemployed local man, broke into a classroom in Taixing city of eastern Jiangsu province on Thursday morning, attacking the children with a 20 cm long knife, the official Xinhua news agency said.
The injured children were all about four years old, and five are in critical condition, it added.

If there was any doubt about the need for a children's civil (or even just human) rights movement, it's gone.    Of course, children have been murdered - usually by their parents - since Abraham and Isaac and even before that, but it's usually one by one.  Now people (okay men mostly) are just going to where the children are corralled and killing as many as they can.

It happens in the United States too, but usually involves guns instead of knives, but I don't think we had 4 all in a row.  I just hope this doesn't become China's newest export.  I hope instead that they start making cheap Hello Kitty tazers for our little hands. 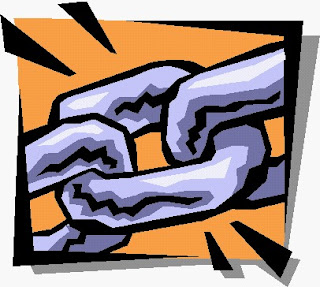 my friend Angela complained that she couldn't link to individual posts, so I fixed it.  Now you can go through all my archives and share all your favorite Ethel posts (to a billion different places)!!!!!!

Okay everyone, spread out.

Posted by Ethel Spiliotes at 11:09 AM 0 comments