Pluto Out, JonBenet In 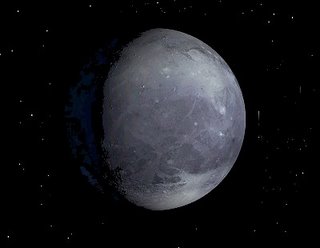 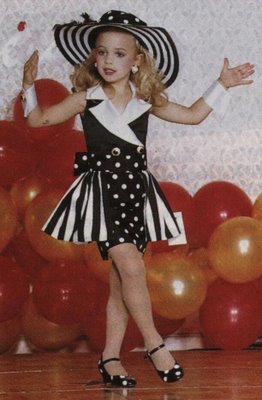 Notice the bruise near her right elbow. You can't teach children "good and bad touch" and to just say "NO" to the bad touch, because no one ever asks them if they want to be touched, and even if they say no, what giant person who owns them is going to listen? JonBenet might have liked being on stage, cause no one could rape her without witnesses there, but I think it's pretty obvious that her parents just made her a "Beauty queen" so they could charge more for her to the pedophiles and child pornographers who were their friend. YES, Mr. Karr was their friend. The billions of dollars people are making exploiting her even ten years after she was killed should go to arming children so they could back up their "NO - that is bad touch" statements.

By the way, Hector has pointed out that if JonBenet was brown or black - or even dark-haired, we would never even know about her. And what kind of name is JonBenet anyway?

Everybody to the principal's office. Now. 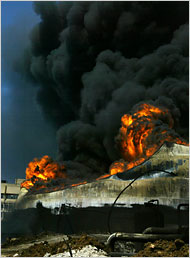 All the people who start the wars and keep them going should be grounded. Someone hit an oil factory in the middle east and now there's a big oil spill and a fire. It's already over a hundred degrees in the desert (which is swallowing the whole earth). We don't need any more fires. What is wrong with them?!?!?

But, trees that took 200 years to grow take us like 2 hours to burn, so I guess we are making progress.

Mel Gibson, the producer of a traumatizing snuff movie that lots of Christian children were forced to see as a family outing, says he was 'just drunk' when he went on his little Nazi ventfest. I've heard this same excuse from wife-beaters and child-rapists. My dad gets drunk sometimes, and he's the same idiot as usual, just louder. He doesn't suddently try to rape a child or blame a Jew. So what is that? And what is wrong with those idiots in Hollywood to say he just needs to go to Betty Ford? Betty Ford should refuse to let him in. He'll just make all the other drunk people there start drinking again. What happened to Mel when he was a child? And ABC wants him to do a mini-series about the holocaust? I think it's going to be a VERY MINI series, like 30 seconds - which should be enough to say that it never happened. It is a DISNEY channel after all.