the "President" thinks people "aughta learn. English. [sic, sick]" why doesn't he learn English first? Remember to boycott him and other things on Monday. and go march with all your fellow world citizens.

I think the President is retarded

"The United States and China are two countries separated by a vast ocean." wow. what a genius. he should be in charge of a giant army and a nuclear arsenal and the supreme court and a lot of other things. the only good part of their meeting was hearing the Chinese doctor screeching like a tortured bird. it was horrifying. but also i couldn't stop listening and wanted her to go on longer. i don't know what she was saying, but it didn't sound like heckling to me. it sounded like someone was sticking a tazer or something on her private parts. i've heard chinese spoken, but never like that. i wish we could've had a real translation.

PS i don't mean to make fun of retarded people. mentally disabled. developmentally disabled. but the president is a retard - and not just a retard, an evil retard. how am i supposed to respect authority? I can see that the emporer is a nudist, and i think it's a violation of my human rights to have to see his grotesque naked body.

-- like Anthony Soltero. He is a hero and a martyr, and the lives of many will be better because of him.I know how hard it can be for a young activist, and I wish he felt he had other options. I wish he had a lot of radical activist friends – like me. What he did was the right thing (the organizing), and he should not have been punished or threatened for it. That principal should be sent back to kindergarten. He should not be in charge of children. He should not even be in charge of himself.

And why is Hugh Heffner having an 80th birthday party? Why isn't he dead? 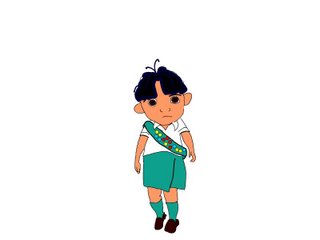 Aundre the Wonderwoman says, "illegal immigrants should be deported. IN THE ORDER IN WHICH THEY CAME. Starting with the Mayflower people." 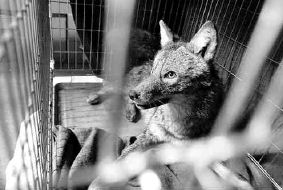 Posted by Ethel Spiliotes at 9:32 AM 0 comments