Oh, poor Alec Baldwin. Men have it so tough. They are so oppressed they have to start a father's rights movement. They should tell the truth and call it "father's Wrongs". If your kid does not want to be with you, then you did something wrong. Kids don't listen to their mothers, so how can you think that "she" is the devil that made your kids hate you? You don't even want your kids, you just don't want to have to pay child support. Or maybe you just want your kid around so you can straighten their asses out as much as you want. Or do whatever else you want with their asses, cause you think we are your property.

Children are not yours to wear, eat or experiment on. Why don't you fight for children's rights. Then you would be a father who's worthy of your children. Meanwhile, you can whine all you want to Barbara Walters, but you are still a big bully asshole baby and now we all know it.

Posted by Ethel Spiliotes at 10:08 AM 2 comments

"Rotten little pig" Ireland Baldwin's father is an idiot and would not get a parenting license from me, and I think I should get to decide who gets one (and there would be a LOT of denied applications). If you say "I'm gonna straighten your ass out," to anyone but a family member, it is assault. Of course he is a giant man and she is a small child, so it's not only criminal, it's creepy. I've heard crazier more violent abusive people aplenty, but something is wrong with an adult who thinks a child of humiliated him. What is wrong with you? You're supposed to be the adult - go to therapy and accept that it's probaby YOU who is "alienating" Ireland. You IDIOT.

Posted by Ethel Spiliotes at 11:19 AM 2 comments

At least one of the Commandments is propaganda 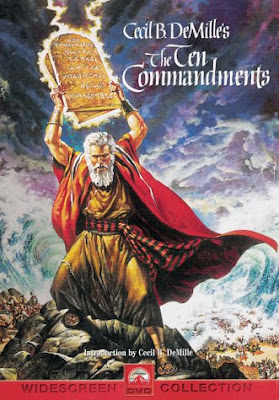 Parents are bigger than childen (for a while anyway), and they have all the rights to control them. This is a dangerous situation because it means that you have to get lucky and get a nice parent or you're f'ed. We're all supposed to listen to and obey the 'fathers'. That's what all the religions say, that's what most parents say, and that's what George Bush wants us to do (with him as the father) and that's what the Supreme Court wants us to do. Most of them don't want to have to beat us to make us do what they want. They prefer if we just do it because "they said so." And this has been true for thousands of years, at least since the ten commandments, which had to include "honor thy father," because if you didn't say it it wouldn't be obvious because he clearly doesn't deserve it. Maybe there were some men who were good and wise and people just did honor and respect them and follow their advice, but most of them had to rely on "God" telling everyone to listen to them, and if they didn't they'd go to hell and burn forever in excruciating pain.

I know it's tempting to use your bigger size and power to control other people (I do have a younger brother - and I admit to wanting to control him - and using all my advantages to do it - actually he'd tell you all about it, but I have disabled his blog), but a lot of parents one day want their children to take care of them, and they should be nice to them or they'll end up in a really bad nursing home.

Posted by Ethel Spiliotes at 9:58 AM 1 comments

I had a dream last night. Cho was talking to me. I made him put down the guns and then I would listen. He said “what the fuck? Could I have possibly have been any clearer? I wrote TWO plays about children being raped and the adults getting away with it and squashing the children. I said in my note to NBC that this was for the all the kids who were being fucked. And then I shot a LOT of people to make sure the message got out, and still they can’t imagine what went wrong. Do they think I was upset cause I didn’t get that puppy when I was six? What the hell? If I was alive now, I’d REALLY be frustrated. I thought I was a martyr for the cause, but I guess it’s going to take an army of children rising up and shooting fuckers for people to understand that you can’t keep fucking the kids and think you’re going to get away with it forever.”

Then I told Cho that he was an idiot and he should’ve just killed perpetrators and then it might’ve been clearer (and a better thing to do, though he still would’ve been punished – like Aileen Wournos). He said it was everyone’s fault cause they all went along with it and acted like everything was just fine. I disagreed and he aimed his gun at me. I roundhouse kicked his hand and the gun went flying. I have a yellow belt in tae kwon do. He got mad because it’s a Korean martial art and he didn’t think I should be able to use it on him because I’m not Korean and I don’t eat kimchi. It wasn’t a good kick, but I had the element of surprise, plus the fact that it was my dream. Then I took his guns away and told him he couldn’t shoot anyone else cause he was dead, and that if the FBI statistics are right then he probably shot like ten other people who had been sexually abused as children. Then he said “I don’t know what you’re talking about, I was never abused.” And I said “what do you mean? You wrote all about it.” And he said, “yeah, but those were just words, I have no memory of being raped as a kid – in fact I don’t remember anything at all before age ten.”

Then i woke up.

Posted by Ethel Spiliotes at 9:47 AM 4 comments

Why is everyone so shocked by the Va Tech shooting? Some people are angry that he wasn't stopped before he went to the classrooms. And they should be. Before killing the 30 people in the classrooms, he was ONLY involved in stalking two women and then killing two people in what they were (and are still) calling a DOMESTIC incident (as opposed to MURDER). Why do people think that "people" who only stalk and/or kill women are not dangers to public safety? Aren't women part of the public? First they kill small animals, then women, and then they go for the real people. So watch out!

Also, I read the shooter's play called "Richard McBeef". Hmm, I wonder if he was sexually abused. Hello?! People really need to stop fucking the children.

"President" Bush is going to Virginia Tech today. I guess some murders do register with him (at least politically). I expect he'll suggest that we have to make sure that massive school shootings happen over there (Iraq) so we don't have to have them here.

Posted by Ethel Spiliotes at 11:50 AM 5 comments

The shooter at the Virginia Tech massacre was a man. Can you believe that?

Yet another man, who killed a girl - he started out killing out his ex-girlfriend (gee, can't imagine why she'd want to break up with him) - and then killed another 20 or so just cause. I guess Virginia's not for lovers any more.

"President" Bush said "schools should be places of safety, sanctuary and learning," and that people feel violated after an incident like this. I guess the Iraqis should just say that all their markets and cities and towns and houses are "schools."

Posted by Ethel Spiliotes at 11:20 AM 2 comments