Who put the rat poison in the cat food?

Not to mention who put the rat poison in the RAT food? Why are we still killing things? Thanks to globalization, now killing on a worldwide scale is much easier. People who eat cats (and dogs) better beware, or they'll be eating the rat poison too.

For the first (and only) time I'm glad my father was too cheap to buy the wet food. Plus he thinks wheat gluten is a communist plot, and he hopes all the hippies and liberals die from their fake meat. It's too bad that MenuFoods doesn't cater for the White House, cause I'd like to see a little shake up in the food-chain-of-command.

PS on the IKEA story

I went with my father to return the same rug and they took it back no questions asked, full refund, and didn't "take it in the back to inspect it". Hmmm. Still no cinnamon bun. Dad said mom would smell it.

Posted by Ethel Spiliotes at 9:15 AM 0 comments

more on the missing women

Okay, I found something in wikipedia under the subject of "sex ratio". It seems that unlike China and India where the girls are missing because of infanticide or sex-selected abortions, in the arab countries there is a normal male female ratio from birth to age 15, but after age 15 suddenly there is HUGE drop off of women, suggesting that they are being killed (or maybe just not fed).

Today is International Women's Day. Could you please wait til tomorrow to stone your wives and daughters? Honor killing? I'd like to engage in a little honor killing to protect my sisters who had the misfortune to be born into male supremacist dictatorships. I'm going to start selling chocolate bars to raise money to arm the women

and girls of those countries. Why not? Our government and companies armed the men! 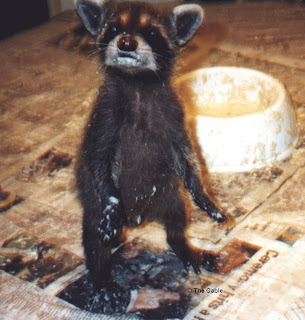 minor technical note. i fixed the sound links to the raccoon noises on the "More on the War" post. It's worth a visit. they're very cute.

Posted by Ethel Spiliotes at 11:28 AM 0 comments

We had a little incident at a store yesterday. It was early afternoon and my mom hadn’t eaten anything and she hadn’t taken her meds (that the drug companies claim are not habit-forming, but trust me, she’s addicted), and she had her receipt and attempted to return a rug that she bought three weeks ago – at IKEA. They took the rug in the back and then after a half hour came back, said they’d checked it out and it was used so they’d only take it back at a 40% discount. Mom was furious (this was not her first IKEA returns problem – they make it almost impossible to return anything). After things escalated and they called security, she threw the rug back in the cart and left saying “your father will have to return this and we are now boycotting IKEA – forever.”

It was a little scary to see my mom lose it like that, but I have to admit a certain thrill in having security called on her. Unfortunately I did not get my cinnamon bun as we were going to get them after the return, and got caught up in the boycott.

I’m actually surprise that women aren’t throwing fits of rage ALL the time. I’ve heard a lot about how girl babies are killed in China and India because they value boys more, but while I was doing a book report I came across a chart in a book (The Economist Pocket World in Figures 2006 Edition.) This chart is called “Most Male Populations”

Number of males per 100 females

I don’t know what’s going on in Greenland, but aside from them, all the top ones are arab or middle-eastern (and muslim), and the numbers are WAY higher than china. China is 106:100. United Arab Emirates is 214:100! Where did all the girls go? And if the slaughter of the females isn’t enough for you, why hasn’t anyone talked about maybe this is why all the men are so angry and violent in the middle east. And of course the rich and powerful men have lots of wives leaving even fewer for the rest, and homosexuals are executed, so how is this Israel’s fault? I’m not saying the men are mad because they don’t get women, but how can you have a peaceful society when you have that much testosterone in the population and no one to tell them to go to their rooms.


When we watch the news about the middle east I always wonder why they only ever talk with men and we almost always only see men on the TV, but now I know it’s because there AREN’T any women. How could this be and no one talks about it? The US defended Kuwait, and though people talked about how the women weren’t allowed to drive, why didn’t they talk about how they weren’t allowed to live? And Qatar (206:100), aren’t they our “allies”, and Saudi Arabia? Someone’s got a LOT of explaining to do.

PS. I checked out Andorra, and it’s a tiny European country and they live forever, so the 110 year old men are skewing things, and there aren’t very many people there (71,000). And the Faroe Island (pop 48,000) are some islands off of Denmark, and I guess the women chose the mainland over the sheep and fishermen.

PPS. I hope people comment on this one, because I’d really like to know where the girls went and what could be done about this.