My missing sisters (aka the war on girls) 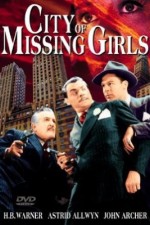 There's a new book out called


Unnatural Selection: Choosing Boys Over Girls, and the Consequences of a World Full of Men


In nature, 105 boys are born for every 100 girls. This ratio is biologically ironclad. Between 104 and 106 is the normal range, and that's as far as the natural window goes. Any other number is the result of unnatural events.

Yet today in India there are 112 boys born for every 100 girls. In China, the number is 121—though plenty of Chinese towns are over the 150 mark. China's and India's populations are mammoth enough that their outlying sex ratios have skewed the global average to a biologically impossible 107. But the imbalance is not only in Asia. Azerbaijan stands at 115, Georgia at 118 and Armenia at 120.

I think they are going to regret this later on.   LIke on prom night!

Posted by Ethel Spiliotes at 1:43 PM

In case it wasn't clear, the reason the girls are missing is because they are being aborted.

Aborted and etc, I'd guess.

I've read (as have you, I'm sure) that they already do have a massive problem in China, since their single-child policy has been in place for a generation or more. Men can't find wives. I wouldn't have been surprised if you'd said it was 2:1 in China.

I can only imagine the rectification of the disparity (in any of the countries) will somehow involve women losing choice or rights in some horrific fashion.

Good to see you back on the scene, Ethel.

Compared to the gender imbalance, how about some real crimes that we all agree on that ought to be reduced:
Infant deaths globally - https://www.cia.gov/library/publications/the-world-factbook/rankorder/2091rank.html

AND Maternal Deaths:
Global Maternal Mortality Fact Sheet
Women are not dying because of diseases we cannot treat...They are dying because societies have yet to make the decision that their lives are worth saving.
– Mahmoud Fathalla
Maternal Mortality
 Every day, 1,000 girls and women die in pregnancy or childbirth. In 2008, an estimated 358,000 women died due to complications developed during pregnancy and childbirth.1 For every woman who dies, at least 20 more suffer injury, infection or disability from maternal causes – approximately seven million women every year.2 Seventy-five percent of maternal deaths occur during childbirth and the post- partum period, and the vast majority of maternal deaths and injuries are avoidable when women have access to health care before, during and after childbirth.3 4
 Maternal deaths are the greatest health inequity of the 21st century.5 Ninety-nine percent of maternal deaths occur in developing countries. Pregnancy and childbirth are among the leading causes of death and disability for girls and women in developing countries.6 The chances of a woman dying in pregnancy or childbirth is one in 14 in Somalia and one in 31 in sub-Saharan Africa, compared with just one in 15,200 in Italy and one in 4,200 in Europe.7 Worldwide, women giving birth in urban areas are twice as likely to be attended by skilled health workers as those in rural areas.8 Similarly, 84% of women who have completed secondary or higher education are attended by skilled workers during childbirth.9
 Each year modern contraceptive use prevents 188 million unintended pregnancies resulting in 150,000 fewer maternal deaths.10 If unmet need for family planning were fully satisfied, an additional 90,000 women’s lives would be saved and 590,000 newborn deaths would be averted.11 12 Family planning and contraception empower women to achieve healthy outcomes for themselves and their children, advancing greater gender equity and dignity for women and families.
 Combining maternal health needs and family planning would reduce total costs by $1.5 billion. Investing in both services simultaneously would reduce maternal deaths by more than two-thirds and dramatically drop the number of unintended pregnancies, newborn deaths and unsafe abortions.13
 Skilled health workers at delivery are key to improving outcomes. Risks of mortality for women and their babies are highest at the time of birth.14 Only 63% of births in the developing world are attended by skilled health workers – including midwives as well as doctors and nurses with midwifery skills – up from 53% in 1990.15 The percentage of births attended by skilled health workers remains even lower in Southern Asia (45%) and sub-Saharan Africa (46%) – the two regions with the greatest number of maternal deaths.16