First a lot of children (mostly first grade girls) were shot at Sandy Hook school by a man, and a lot of people said there should be gun control, but some people, like the NRA said that if everyone in the school had had guns, then he wouldn't have been able to do what he did (even though he killed 26 people in 5 minutes).   At the time I was thinking, "if you're talking about arming 6-year old girls, I'm all ears." 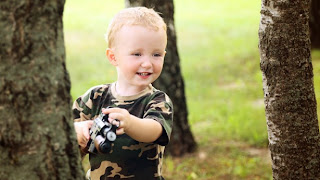 But in the last two weeks, there have been two shooting by young children.  First a 4 year old (boy) shot a 6 year old, and then a different 4 year old (boy) shot the 38 year old wife of the gun owner (they didn't even say "allegedly" shot in either story- kids have no rights).   I'm sure the NRA thinks that if that 6 year old was armed too and if the wife of the gun owner had her own pretty pink gun, then these tragedies could've been avoided.

It's clear to me that we should NOT be arming 4 year old (boy)s.  They're too immature, unlike the adults who left their guns in handy reach of the four year olds.    I think you should have to be at least 10.  Which I am.

Posted by Ethel Spiliotes at 5:53 PM

Perhaps a revision of laws would do?